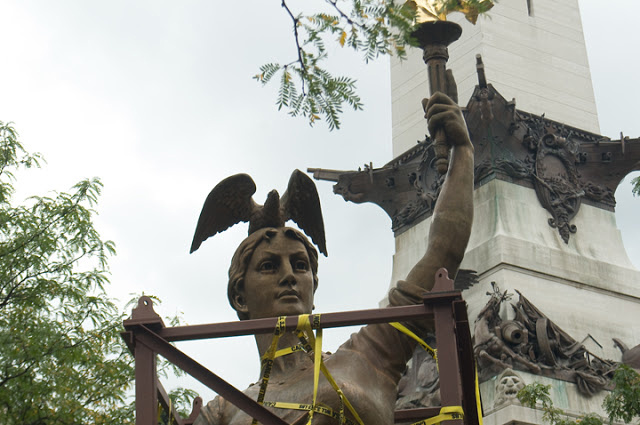 I have lived in Indianapolis or Central Indiana my whole life. I have been to Monument Circle thousands of times. Whenever I am downtown with a camera, I tend to pay closer attention to details, especially the architectural details. In case you don't know, and frankly, if you live in Central Indiana you probably don't know, our Soldiers and Sailors Monument is quite amazing. It is the first ever monument dedicated to the common soldier, in particular the soldiers that fought the civil war and a few other skirmishes of the day.

Cut from Indiana limestone, there are amazing chiseled sculptures that I have shot several times. There has remained one feature that I could never photograph, the bronze sculpture that is the crown jewel of the monument, Lady Victory. She is at the very top of the 280ft. structure and there is no satisfactory perch to see her properly. I have looked online and there are no photographs that show any real detail. The story goes that she is a sentinel with a sword facing the south to remind them who won the war. I though that sounded pretty cool, so it made me a little crazy that I couldn't see her! 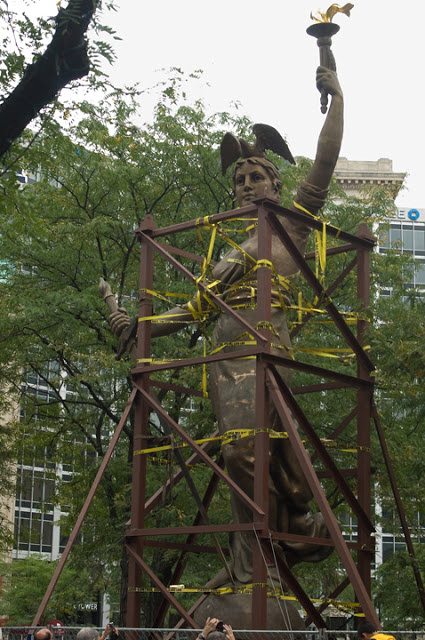 Without my knowing it, there was a massive restoration project underway on the statue this summer, I only found out about it when they said they were ready to put it back up there! Fortunately, it was a holiday weekend and the statue would be on display at street level over the holiday. So yes, I went downtown with my camera!

She was all tied into the steel cage that would lift her to her perch, so I had to deal with that, but there was quite a crowd gathered for a Sunday afternoon, affirmation that I am not a total kook for needing to see this sculpture up close. 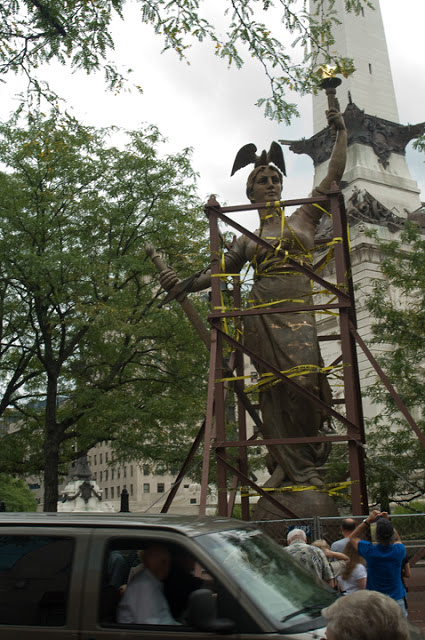 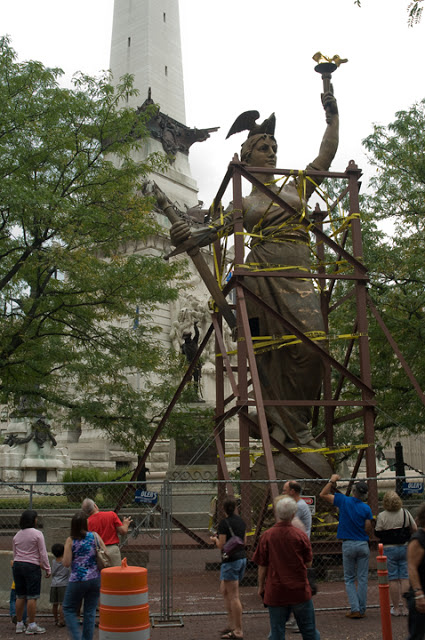 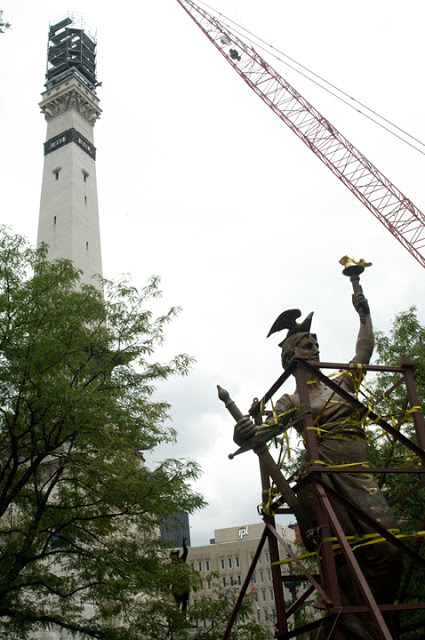 It seems crazy to make something of such detail and beauty and stick it way up where no one can see it especially in 1893 when she was made! It is said that no one has ever seen her close like this since she was originally assembled at the top of the monument.
Keywords: and, anderson, bill, circle, civil, indianapolis, lady, monument, photography, sailors, soldiers, victory, war